With nearly 60,000 visitors in 2019, Saguenay stands out as the most important cruise port of call on the St. Lawrence.

It was in 2006 that the first international cruise ships dropped anchor in the Baie des Ha! Ha! For international visitors, the adventure begins on the Bagotville wharf and in the heart of the magnificent cruise terminal, infrastructures inaugurated in 2009 and today world-renowned . A few steps from the terminal, the reception experience is in full swing. The borough of La Baie, Saguenay and the whole region are open to visitors who discover the impressive local tourist offer.

Since then, more than 200 liners have docked at the Bagotville wharf. In October 2016, one of the largest and most prestigious ships in the world, the RMS Queen Mary II, docked for the first time at the Bagotville wharf. Over 40,000 people then moved to the port village to celebrate the event. A legendary welcome, an exceptional tourist offer and a unique panorama which, combined with high-quality infrastructures, allow Saguenay to consolidate its place as port of call in the hearts of the largest cruise lines.

We invite you to view the schedule of ships expected in Saguenay by visiting the
"International Cruises" section of the Saguenay Tourism website.

2013   Saguenay is awarded with the silver Azimut award, for their initiative, creativity and innovation in regard to tourist reception in Québec for its fabulous welcome at the international cruise wharf. 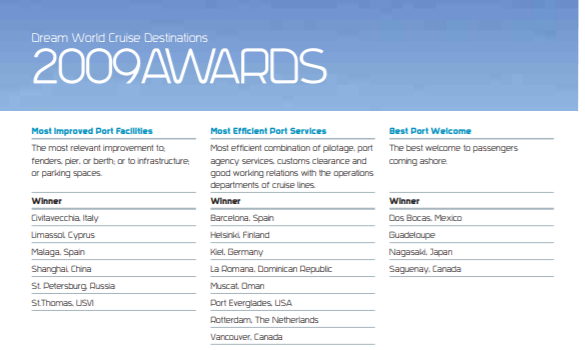 For more information on the tourist offer and the port village of La Baie, we invite you to consult the Promotion Saguenay website.

Physical characteristics of the wharf

On the Saguenay River, in the Baie des Ha! Ha!, about 54 nautical miles from the confluence of the Saguenay and the St. Lauwrence Rivers.

The Saguenay Port Authority is responsible for the terminal:

The terminal has been certified under the International Ship and Port Facility Security (ISPS) Code.

The marine security officer in charge of this terminal is: