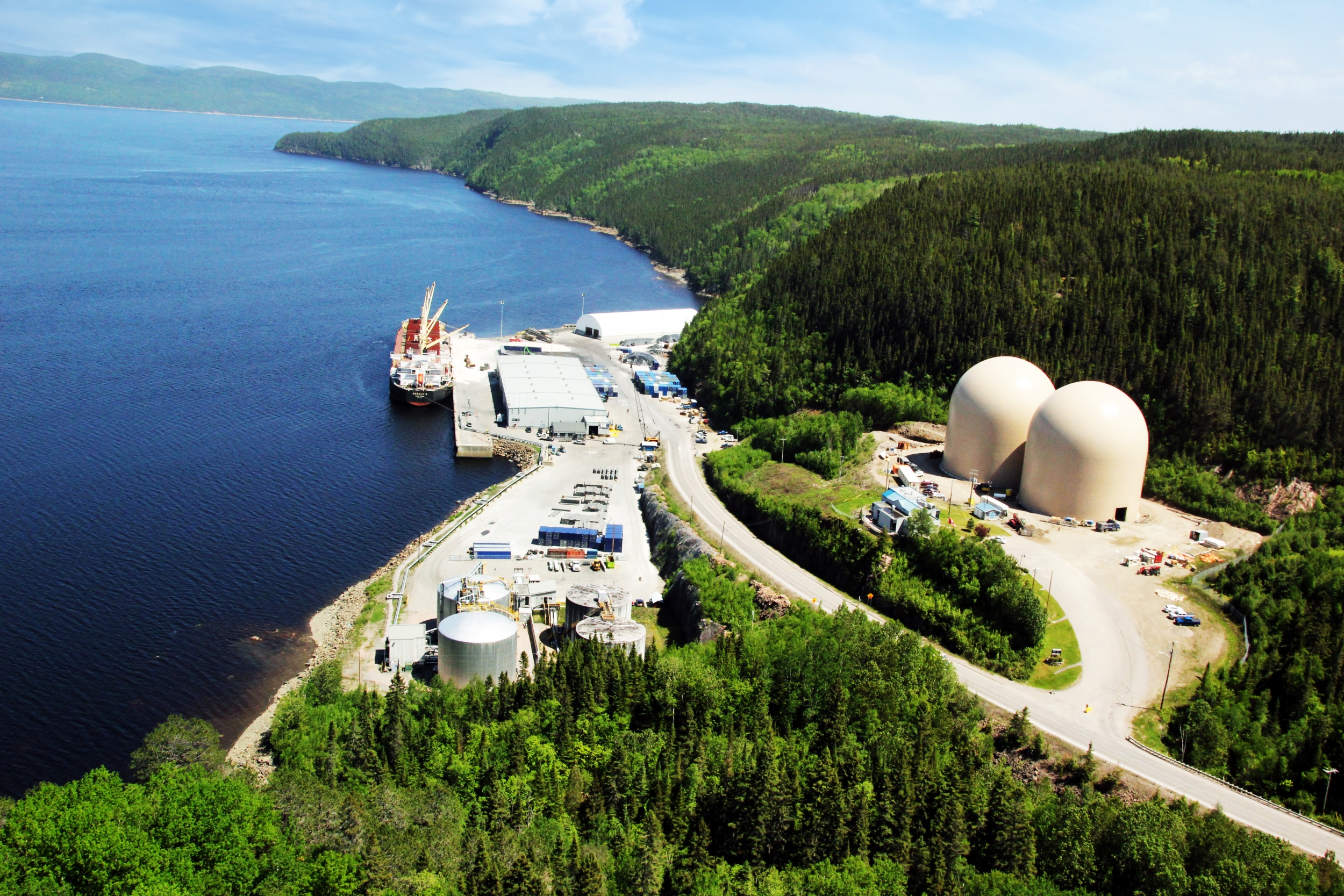 " The marine facilities on the Saguenay: a development that reflects our economy and the globalization of the markets ".

In the Canadian and Quebec contexts, the Saguenay-Lac-Saint-Jean region, which is the nearest hinterland to the Port of Saguenay, was opened late for settlement; it remained a preserve of the fur trade until 1838, when logging succeeded in establishing itself in this territory rich in natural resources.

Indeed, the Saguenay-Lac-Saint-Jean region is a vast rift valley, a true oasis in the heart of the Laurentian plateau, which, thanks to its fertile soils and navigation routes, has enabled the development of important settlement centres (close to 300,000 people live there) designed to support the extraction and development of the territory's natural resources.

Early on, marine activity was oriented towards exporting overseas, and the export of timber to England was very important throughout the second half of the 19th century.  The pulp industry subsequently took over in the early 20th century, notably with the pulp mill in Chicoutimi, which for a time was the largest mechanical pulp mill in the World.

The conjunction of natural resources and the Seaway found another major expression in the development of aluminum smelters from the 1920s onwards; the availability of very great hydroelectric potential, which is easily developed, as well as the possibility of developing a sea port in deep water operable all year round, allowing the import of raw materials and the export of production, have enabled the development of this basic economic industry, which is still today one of the pillars of the regional economy.

The public marine facilities on the Saguenay have evolved in response to major structural and cyclical movements particularly affecting natural resource industries:

Then, in the 70's, there was increasing pressure on port authorities to relocate oil tanks outside downtown Chicoutimi because of the lack of space for expansion, limitations on vessel tonnage and incompatibility with a city centre.  The radical drop in hydrocarobn traffic, starting in 1981, was the precursor of major structural changes in marine activity; as a result, the new Grande-Anse Marine Terminal, which was inaugurated in 1985 and originally planned as a hydrocarbon storage area, is progressively gradually diversifying into wood pulp, granite, coal, and sawmill products in addition to salt, which was relocated from downtown.

As a result, the dominant role in the transfer of hydrocarbons (from the wharf in downtown Chicoutimi) has evolved, with the relocation of facilities to Grande-Anse, to a multi-purpose port function focused on the handling of forest products, general cargo, dry bulk and bulk liquids: lumber, pulp and paper, industrial salt, caustic soda, liquid pitch, coal, explosives, industrial equipment, etc.  In the case of forest products, the market has tended to shift its focus toward overseas markets, given the protectionism that has plagued these sectors in the US market and the globalization of trade, which constitute a major and unavoidable trend in current market developments.

"Evolution of the administrative structure of the Chicoutimi Port Commission to the Sagueany Port Authority: some dates to remember. "

The purpose of this statute is to provide a high level of autonomy for local governments and to take into account local priorities and needs.  It is designed to manage marine infrastructure strategically in a way that promotes and takes into account the input of users and the community where a port is located.  The Canada Marine Act provided for the initial creation of 18 Canadian port authorities.